Facts don't get in the way of Web Political Rumors

With just days to go before the election, gossip, hearsay, innuendoand smears are flying through the Internet as gadflies and rumormongershope to sway voters before they head to the polls.

"It's a lot ofmud being slung, it's understandable, but I think it's still kind ofsad," said Nick DiFonzo, a psychologist and rumor expert at RochesterInstitute of Technology in upstate New York.

Candidates and theircampaigns are circulating negative bits of information in mainstreamvenues, raising questions about their opponents in speeches anddropping sour hints in their advertisements. But only on the Internetcan entirely false rumors persist, stories told without back up,persistently bouncing from one blog to another.

Some have been out there for years, despite repeated rebuttals fromthe campaigns. Others surfaced only this past week. And they range fromthe truly silly (Weekly World News Web site: "OCTOBER SURPRISE: ALIENENDORSES MCCAIN!") to the multitude of bloggers who report results eventhough votes have yet to be counted: ("Has John McCain Won Florida?"asked the Red State Web site Thursday.)

Most voters say they havealready made their decisions about who they want to have as their nextpresident. So the Internet rumors are targeted at the shrinking pool ofundecided voters who are still waiting, wondering and potentially stillgathering information.

Here's a chance to vet the Net:

TheRumor: The Huffington Post Web site, among others, has reported thatJohn McCain used an obscene word to describe his wife Cindy during his1992 Senate campaign.

The Facts: This is unsubstantiated. Authorand blogger Cliff Schecter initiated this rumor this spring online andthen in a book called "The Real McCain." He wrote that three reporterstold him that in response to some teasing, McCain told his wife: "Atleast I don't plaster on the makeup like a trollop," with an expletive.Schecter has not provided any evidence this happened, and he hasn'tidentified the three reporters who he says spoke to him on condition ofanonymity.

The Rumor: Barack Obama isn't a citizen, suggested bloggers at theFree Republic Web site. Or if he is, he's hiding his birth certificatefor some mysterious reason. Or if he's shared his birth certificate,it's a fake because he's lying about who his real father is. Newiterations on this theme pop up almost everyday at various Web sites.

TheFacts: Obama plainly is a citizen because he was born in the U.S. Inresponse to the allegations, Obama's campaign in June posted theIllinois senator's birth certificate on his campaign Web site, http://fightthesmears.com/articles/5/birthcertificate.The nonpartisan Web site Factcheck.org examined the original documentand said it does have a raised seal and the usual evidence of a genuinedocument. On Friday, officials in Hawaii said they had personallyverified that the health department holds Obama's original birthcertificate. Judges in Washington state, Ohio and Pennsylvania havedismissed lawsuits challenging his citizenship.

The Facts:Unsubstantiated. After McCain tapped Palin as his running mate,bloggers accused Palin of faking a pregnancy to cover up for herdaughter's accidental pregnancy. As proof, bloggers said Palin hadn'tappeared pregnant before Trig was born, and that she said she traveledfrom Texas to Alaska while she was in labor. In an effort to rebut therumors, the campaign announced that Bristol was, in fact, pregnant.After all, how could Trig be Bristol's baby if she was pregnant onlymonths later? The announcement slowed the rumors, but didn't stop theongoing questions about Trig's parentage. Even this past week, bloggerswere demanding Sarah Palin's medical records to prove she gave birth toTrig.

We women cannot scream sexism when we use our sex to side step whats fair for the fellows. 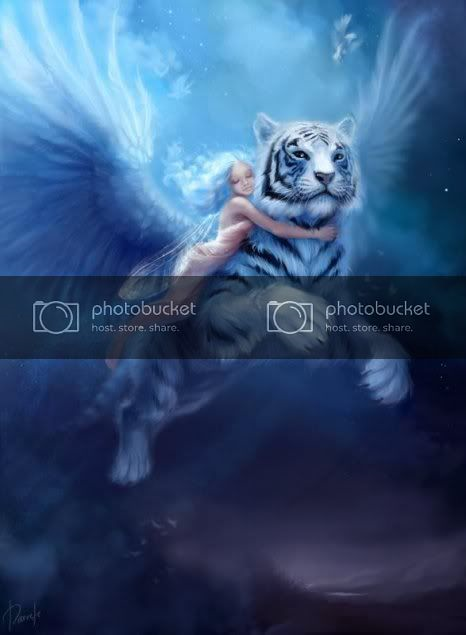 TigerAngel - Nov 1, 2008, 4:20 pm
#2
The former Attorney General of Pennsylvania has not taken the case of Obamas true citizenship to the Supreme Court as an "internet smear"!!! Sorry, nice try.

Tenaj - Nov 1, 2008, 4:42 pm
#3
Sorry TigerAngel, you might as well get over it. Obama will be the next president of the US. The smearing is no longer working - people have made up their minds. This kind of smearing only works for ignorant people.

I hope you don't believe it. I'm not an Obama Fan but I'm a diehard Democrat and I don't listen to the crap that's been posted in blogs and the media. It's for people who just fell off a turnip trunk. Just campaign tactics. A weak attempt in smearing to get the ignorant vote. It is so sad and pathetic.

I declare some people are going to go into election withdrawal after Tuesday. Glad I kept my mind and eyes on the big picture and won't have to be lifted up and put back on the turnip trunk.