When you next select your lottery numbers, be sure to pick 38. That is the conclusion of a previously unpublished report by the National Lottery Commission, which unearthed a series of statistical anomalies that, taken at face value, suggest the lottery might not be as random as was previously thought.

Completed in early 2002, the nine-page document entitled 'The Randomness of the National Lottery' was meant to offer irrefutable proof that it was random. But the statisticians who produced the report, Dr John Haigh and Professor Charles Goldie, members of the Royal Statistical Society and readers in mathematics at the University of Sussex, hit a snag. The lottery seemed not to be as subject to chance as it should be. Some combinations popped up with 'unusually high' frequency, and others showed a 'major departure from randomness'.

The revelation of the report's existence is bound to spark public interest. The commission has regular calls from people suggesting the lottery is not random, allegations that have to be investigated.

The two academics found that 38 was drawn so many times that they wondered whether it needed to be 'physically examined' to see if there was an anomaly in the balls' make-up which meant it was sucked out of the lottery machines more often. The report also found that the 'bonus ball', drawn from the Lancelot machine using one particular set of balls, would usually be a high number - 40 or above. In addition, the Thunderball game produced freak patterns. Draws that were four weeks apart seemed to 'talk' to each other. If one draw favored a high set of numbers, there would be a correspondingly low set four draws later.

Perhaps alarmed at how the findings would be received, the commission did not publicize them, simply noting in its annual report that a Royal Statistical Society study had 'confirmed that results were consistent with the draw being random'.

The 2002 report, covering 637 draws from the game's inception in 1994 to the end of January 2002, was the first to uncover anomalies. 'This was the first time that we said "unusual things do happen from time to time and this is one of them",' Haigh said.

'I suspect the National Lottery Commission hadn't thought things through. They hadn't considered what would happen if us wallahs were to tell them something fishy was going on.'

Haigh and Goldie found that over 637 draws you would expect each number to be drawn between 70 and 86 times. But they found that 38 came up 107 times, 14 times more than the next most drawn ball.

'That some number has been drawn 107 times is very unusual - the chance is under 1 per cent,' the report noted before suggesting that 'the balls numbered 38 be physically examined to give assurance that there is no reason to suspect they are different.'

Today the 38 continues to be the luckiest ball - drawn 144 times. However, the number of times it has been drawn since the report was completed is now in line with what statisticians would expect.

The report also found that 'high numbers in one [Thunderball] draw have tended to be followed four draws later by low numbers, more often than is easily attributable to chance and vice versa'. Another puzzling pattern concerned the Lancelot machine's propensity to pick a high numbered bonus ball when combined with the 'number five set of balls', something that had happened on 15 occasions in the 637 draws studied. The report said this was a 'major departure from randomness'.

A spokeswoman for the watchdog said it ensured rigorous checks were carried out on a regular basis. 'Every set of balls is checked every five times they are used. If you trawl through an awful lot of data you are always going to uncover patterns somewhere.' Subsequent reports have also confirmed the random nature of the lottery.

Asked why the commission had not publicized the report's findings, the spokeswoman said it hadn't been the watchdog's policy in the past, but that this would change in the new year when the Freedom of Information Act came into force.

Right here at Lottery Post patterns are pointed out and discussed all the time.

>> Today the 38 continues to be the luckiest ball - drawn 144 times. However, the number of times it has been drawn since the report was completed is now in line with what statisticians would expect. <<

Don't take this report the wrong way. Ball machines are the most random way of drawing numbers available.

Wonder if they bothered to take into account when the ballsets were last destroyed and replaced with new?  That could account for the 38 ball(s) ending the winning streak.  BobP 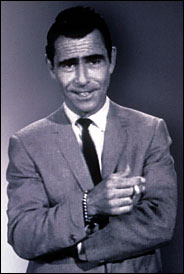 Advantage players. These apparent periodic departures from perfect randomness (whatever that is) are exactly the sorts of things that allow us to predict lottery draw numbers. Randomness and statistical averages are concepts which are approximated and approached over time, but they are rarely perfectly exemplified in any given draw or in the short run of an ongoing series of draws. The 38 ball coming into line is a perfect example of that. Of course, 38 does reduce to 11 which is a very powerful master number.

How about  an independent study  here in Illinois. Or anywhere else in the U.S .of A. ?

Since their last matrix change, MegaMillion has had balls hit 17-41 times and PowerBall 12-35, but has such differences in the frequencies of numbers given anyone and a winning edge in either game?

Good question, RJOh. From my own experience with PowerBall, I can say that they've helped me to cash quite a few tickets on the secondary prizes. I don't think focusing on any single factor or trend will likely produce a jackpot winning combination, but it might get us closer to the big one. Of course, close is only good enough in horseshoes and hand grenades. We still have to rely on other skills as well as plain ole luck if we want to take down the top prize.