Will continue to operate lottery for more than a year

The nation's first private company to manage a state lottery was fired Friday by the Illinois Governor after years of failing to make the lofty revenue targets it promised.

In a news release Friday, Gov. Bruce Rauner announced that his office had reached a termination agreement with Northstar Lottery Group that will remove the firm as private manager as of Jan. 1, 2017, or until a replacement is chosen.

The agreement also stipulated that Northstar's successor will have the freedom to choose its own suppliers, according to the release, which noted that an earlier termination agreement hammered out by then-Gov. Pat Quinn would have forced a new manager to use Northstar's parent companies, GTECH and Scientific Games. The Quinn settlement was blocked by Illinois Attorney General Lisa Madigan.

Friday's news release claimed the termination deal would save taxpayers $22 million and the state will begin a search for a new private manager right away. A spokeswoman for the governor's office could not be immediately reached.

The Rauner administration said the savings would come through an increase of $10 million in penalties Northstar will pay for falling short of its revenue goals, and a decrease in the fees the state must pay to the company for terminating the contract early.

Northstar was hired by Quinn in 2010 to run the lottery, promising to significantly boost revenues for the state agency, which had posted lackluster revenues compared to other large state lotteries.

But the company's tenure was tumultuous from the beginning, as it began requesting that its revenue targets be reduced because of a number of circumstances shortly after it took control of the day-to-day operations of the lottery in July 2011.

Over the next three years, the company fell nearly a half-billion dollars short of the amount it promised to bring to the state's coffers, according to a series of Tribune reviews of preliminary year-end financial figures. The shortfalls sparked growing criticism that led Quinn to announce his decision last fall to fire the company.

Last month, the lottery garnered national headlines after it began telling players who won prizes greater than $25,000 that they would not be paid until state lawmakers are able to pass a budget. Under state law, prizes larger than $25,000 must be paid by the Illinois comptroller, who is not authorized to issue the checks without a green light from the legislature.

A pair of winners filed a federal lawsuit against the lottery, alleging the agency committed fraud by continuing to sell tickets for games that had potential prizes greater than what the lottery could pay without a state budget in place. The suit seeks to force the lottery to stop selling tickets for these larger games, and also demands that the winners be paid promptly.

A representative for Northstar could not be immediately reached for comment.

Penn. Lottery gets advice from Illinois on privatizationAug 9, 2012

I think what most folks really wanted to know is when are you going to start paying out your prizes? Wonder what would happen if everyone in Illinois stopped paying their property taxes because they don't have the money?  Sorry, forgot that is only an option for Gov. Co. Inc.

uhh...15 months from now,  ya know so you have time to work things out.

While your getting rid of the lottery company......Illinois folks should do the exact same thing to their entire state legislature.

While your getting rid of the lottery company......Illinois folks should do the exact same thing to their entire state legislature.

So last night's Powerball drawing, someone in Illinois won $2 million on Powerball...what happens to tickets that may expire due to this snafu of the Illinois government?  They need to revamp their laws along with a new lottery provider.

So last night's Powerball drawing, someone in Illinois won $2 million on Powerball...what happens to tickets that may expire due to this snafu of the Illinois government?  They need to revamp their laws along with a new lottery provider.

Interesting point.  I don't think it would apply since the winners would just need to go to the lottery and 'sign/acknowledge' that they have the ticket, I would think that stops the clock.  But what will MM & Powerball do if its not paid out in a year??? Hummmmm. 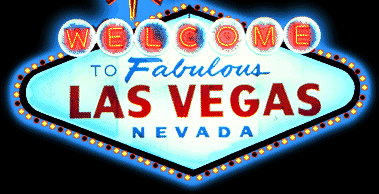 change bring along with it changes, does the contractor decide if they use ping pong balls or RNG? I HOPE NOT. I don't want a stupid RNG here in IL.

Scapegoating  a long and ancient technique but WOW Northstar gets $22 M!!

This still does not address the budget impasse that is giving winners over $25K an IOU!

Hope the voters in Il flood the Gov.'s office with phone calls, emails, and letters to get their budget passed,

Is this the State that kills the goose that lays the golden egg?

Could out of state residents help in this mess? Not that they would listen to "lottery Players" which they may perceive as second class citizens.

How about the citizens  fire the Governor and Legislature for dereliction of duty ?

change bring along with it changes, does the contractor decide if they use ping pong balls or RNG? I HOPE NOT. I don't want a stupid RNG here in IL.

I  f-n knew it. they didn't even wait to make changes.

RNG makes me want to: