The measure calls the popular online contests a "game of skill." That legal definition resolves the central argument in a lawsuit brought against the country's two top fantasy-sports companies by the state attorney general. He had likened the online matches to illegal gambling operations based on chance.

"This legislation strikes the right balance that allows this activity to continue with oversight from state regulators, new consumer protections and more funding for education," Mr. Cuomo said.

The state Gaming Commission planned to post on its website Wednesday instructions for operators of the games to obtain temporary registrations.

The law requires they pay an annual fee of as much as $50,000 with a 15% tax on their revenue. It also bars anyone younger than 18 years old from playing, and it prohibits college and high school sports.

In the games, players assemble a roster of athletes in a sport, using the individuals' actual performance statistics to determine the winner. They pay entry fees and win prizes for outperforming other contestants' rosters.

In March, New York-based FanDuel Inc. and Boston's DraftKings agreed to stop operations in New York pending the passage of a law that would resolve the ambiguity.

But under the stipulation with Attorney General Eric Schneiderman, they couldn't start operating again until Mr. Cuomo signed the bill into law.

Mr. Schneiderman said he would enforce the new law. The amended lawsuit will continue against DraftKings and FanDuel alleging consumer fraud and false advertising for prior operations in New York, he said.

Jason Robins, chief executive of DraftKings, said his company is excited to have its contests returning to New York and want to thank the "hundreds of thousands of New York supporters for their passion and loyalty over the past several months."

Neither company commented on the lawsuit.

Fantasy sports sites back in business in N.Y. after appealDec 11, 2015 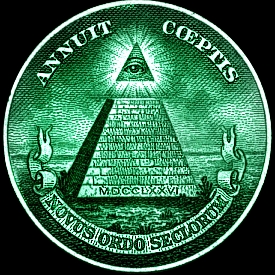 Back To: Business As Usual!

What do you think about that?

So betting on fantasy sports is a "game of skill", so it's ok to bet online?  I'm not sure I see the difference between that and betting on horse races or pro sports.

I'm still in disbelief that after the states senate passed an iGaming bill 53-5, NY still doesn't have iGaming. Next year looks really good though.