Stephanie Harvell's luck seemed to have dried up before she bought a scratch-off lottery ticket in early 2016. She and her husband had recently lost a car, and that same morning, they had received an eviction notice from their home in Bay City, Mich. Then, she scraped away at that ticket and realized she had won $500,000.

"I cried like a baby when I saw what I'd won," Harvell said, according to the Michigan Lottery, adding that she had visions of putting the cash toward a new home and a car.

Instead, she and her husband are sitting in county jail three years later. Police say Harvell, 28, and her husband, Mitchell Arnswald, 29, have been linked to a brazen, months-long burglary spree targeting houses around Michigan.

"There have been so many [breaking-and-entering cases] in the daytime in all these areas. We've had so many," Bay County Sheriff Troy R. Cunningham said. "We believe they could be responsible for more than what we know of."

In January 2016, though, Harvell and Arnswald were an inspirational story in Bay City, a town of nearly 35,000 people near the shores of Lake Huron, about 115 miles north of Detroit. Harvell told Michigan Lottery officials that she and her husband, who have two daughters, had been scraping by paycheck to paycheck.

"We both work really hard, and it's been tough to support our family," she said.

The same day she learned they were getting booted from their home, she stopped in a Speedway gas station and paid $5 for a Hot Jackpot ticket. As she scratched away at the red-and-black numbers, they lined up for the maximum payout.

On Jan. 11, 2016, she and Arnswald posed with a giant novelty check and promised the money would turn their lives around.

"It's hard to find words for what this means to our family, but it couldn't have come at a better time," Harvell told the lottery.

It's not clear what led the pair from a half-million-dollar prize to an alleged crime wave.

Police say an unusual spate of burglaries that began earlier this summer all shared a similar style. The houses were all unoccupied during the crimes, Cunningham said, and they all happened in broad daylight. Since early July, at least a dozen burglaries hit Bay County, the sheriff said, and similar cases were reported in nearby Saginaw, Midland, Arenac, and Tuscola counties as well.

Investigators finally caught a break around 2:30 p.m. on Thursday, after another break-in, this time at a rural residence in Merritt Township, Mich. Police had already pieced together a description of a Ford SUV linked to some of the other burglaries, and they soon spotted a matching vehicle in a grocery store parking lot.

Police are still investigating the couple, Cunningham said, and more charges could result. "The different jurisdictions are still getting together to pinpoint which ones we think they committed," he said.

Harvell and Arnswald are far from the first lottery winners to later face serious criminal charges. In fact, so many have either ended up destitute, dead or in jail that some refer to a "lottery curse." That's particularly true for winners with substance abuse or gambling problems, like Jim Hayes, who won $19 million before going broke and robbing banks around California to feed a heroin habit. Another Michigan lottery player, Willie Hurt, was charged with murder two years after winning $3.1 million, a crime allegedly fueled by a cocaine addiction.

For now, Harvell and Arnswald each face one count of second-degree home invasion and possession of burglary tools. It's not clear from court records whether they have an attorney.

A judge set their bonds at $50,000 each. As of Wednesday morning, according to state court records, neither has paid up.

Sad story, not for them, but the victims and their two children.

Just wondering where did all the money go?   Could have bought a home or a serious downpayment on one, but no you had to steal from your neighbors.

No pity for me whatsoever.

Three years later: The $500,000 is gone and they turned to crime instead of work.

Three years later: The $500,000 is gone and they turned to crime instead of work.

So much for a fresh start... I'm sure drugs are involved somehow. If someone is dealing with a addiction it won't take long to burn through the money once the bills are paid. I'm sure at the time they thought it would last forever. 3 years later and flat broke...not the first persons it happened to and won't be the last. David Lee Edwards is a good example of what not to do.

It's Michigan for crying out loud, a state where it's way too easy to win lotteries.

surely, nearly any amount of won money will make 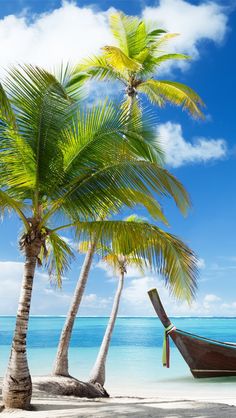 Ur too nice I was gonna say Fumb Ducks!!!!

Most married couples share the same last name even if hyphenated; guess it's different for future criminals.

From the facial appearance they look like they haven't long smoked a pipe before getting caught.

I can't even wrap my mind around this story. Sad, Angry. Sad cause they did this, angry cause I would like the opportunity to have that much money at one time. The sure selfishness,I hope they put some away for their children. Maybe in Jail they will find Jesus

l can see how Stephanie & Mitch ended up this way. This Bonnie & Clyde duo came into money, lived high & when that money dried up, they just had to continue the lifestyle they felt they had come to love and were serious on maintaining. What these two are trying or telling us is “ No one like being poor..again.” It’s a crying shame.