DES MOINES, Iowa — After six months of sleuthing, Iowa Lottery officials made contact with a man who'd won a $1 million Powerball prize back in November but didn't know it because he hadn't checked the ticket.

"You've heard us say before that we want to see our prizes claimed when someone legitimately has won them," Lottery CEO Terry Rich said Monday. "We hope that our work in this situation demonstrates that."

Richard Watson of Belton, Mo., claimed his $1 million prize Monday at lottery headquarters in Des Moines. His prize was one of two sizable Powerball prizes that were unclaimed in the eastern Iowa community of Tipton. A $10,000 prize won in January with a ticket purchased at a Tipton grocery store remains unclaimed.

Watson said he was shocked when he learned last week that he'd won a big prize.

"I travel for work and I have a bundle of lottery tickets that I was planning on going through, but I hadn't yet," Watson said. "And I received a call that I thought was a scam, but it turned out it wasn't."

Watson, 58, who repairs industrial injection molding machines, said he purchased his $1 million-winning ticket at Kum & Go, 2050 Iowa Highway 38 in Tipton, for the Powerball drawing on Nov. 16. He was traveling for work and bought a ticket during a stop for gasoline. The winning Powerball numbers on Nov. 16 were 10, 29, 37, 44, and 59, with Powerball number 10. Watson's ticket matched the first five numbers but missed the Powerball to win a $1 million prize.

Watson admitted that he set the ticket aside and didn't check it for months. In fact, he currently has tickets from several different states that he has yet to check, but he plans to do that soon.

"I had compiled them all together and I was going to go through them, so I had them in my computer bag," he said. "I got my computer bag, got my tickets out, went back out to the car and found the ticket."

Rich noted that the Iowa Lottery's Security Division routinely gathers details about tickets that win large prizes, and in the case of Watson's ticket, the lottery worked with Kum & Go to obtain additional specifics. As time went on and the prize remained unclaimed, lottery security staffers asked Kum & Go officials if they would help review the information in the hopes of reaching the potential winner.

"Kum & Go understood what good news this would be to someone and worked with us to connect the dots," Rich said. "It took several months of work to get this done, but we eventually were able to identify who we thought the winner might be. We ultimately were able to contact his local financial institution and asked them to see if he could call us. He still had the winning ticket and we're thrilled that there's a happy ending to this story."

Watson said he was initially skeptical when he received a call from UMB Financial Corp. in Kansas City, Mo., stating that the Iowa Lottery would like to speak with him. But he saw media coverage online from the lottery's news conference Friday in Tipton and said the articles helped him realize the situation was real.

So, does he think he would have checked his winning $1 million ticket in time before it expired?

"I had four Iowa tickets that expired on the third of this month and that's why I said, 'I've got to go through these before they're all gone,'" he said. "It would have been on a weekend sometime."

Watson said he lives with his parents who are in their 80s, and his Powerball prize will enable him to spend more time with them.

"Now we'll be able to move back to the Las Vegas area where we're originally from and get a nice little place together," he said. "This will work out quite a bit to be able to make a major life change."

Players in $2 Powerball choose their first five numbers from a pool of 59, and another number — called the Powerball — from a separate pool of 35. The Power Play option is available for an extra $1 per play.

Since getting its start in April 1992 in 15 states with jackpots that started at a guaranteed $2 million, Powerball has grown into one of the world's biggest and most recognizable lottery games. Today Powerball is played by 45 lotteries across the country with drawings at 9:59 p.m. on Wednesdays and Saturdays.

The current Powerball jackpot to be drawn Wednesday night is worth $114 Million.  The Powerball winning numbers are published within minutes of each drawing at USA Mega (www.usamega.com), a Web site devoted to the United States two biggest lottery games, Mega Millions and Powerball.

AUDIO: Listen to the interview

Iowa man drove around with Powerball ticket worth $50K for nearly a yearDec 11, 2020

Awesome. Well done Iowa Lottery, good for you. It is completely moronic to buy lottery tickets and not check them. Just don't play the lottery if you are not going to check your tickets. The guy even admitted having more tickets that he has not checked yet. If you don't check your ticket, you have nobody but yourself to blame.

WOW!  That is great!!!  Wish all states would do that instead of letting multi-million dollar prizes go unclaimed like the one went unclaimed in Georgia $77 million Powerball!!!

WOW!  That is great!!!  Wish all states would do that instead of letting multi-million dollar prizes go unclaimed like the one went unclaimed in Georgia $77 million Powerball!!!

I agree to a point- it took them 6 months to get this guy who by all accounts had forgotten that he had the winning ticket. Unlike what the California lottery did here 2 years ago by tracking down a winner a little over a month after winning and putting his mug on TV.

finds one is a winner that I wish I had a drawer like that.

I don't though because I always check mine the night of the drawing and they are losers.

Maybe that's the key, buy them, throw them in a drawer and forget about them until the lottery sends the

bloodhounds out to find the winner who forgot they bought a ticket. Maybe it'll be me.

Congratulation to the winner.

My husband check the tickets 1 or 2 days after the drawing, but if there was something on the news that someone from our state had won the jackpot, he would check sooner, so that we could try to claim it sooner.  And yes, we would get a lawyer and financial advisor to talk about how to claim the ticket, and what to do with the money.

It's amazing they could track down a guy who doesn't even live in the same state the ticket was purchased in.

But... how did they find out who his local financial institution was?  Can you buy lottery tickets with a debit/credit card in Iowa?

Here, it's cash only.

But... how did they find out who his local financial institution was?  Can you buy lottery tickets with a debit/credit card in Iowa?

Here, it's cash only.

He must of bought gas with a debit card/CC. 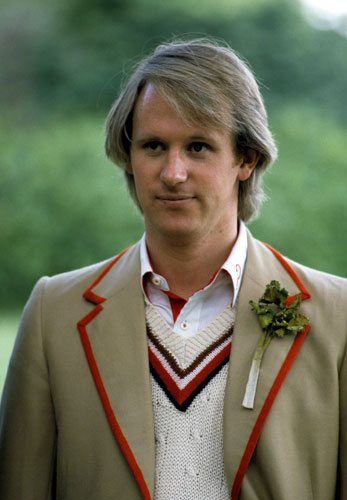 He is very lucky. It is the player's responsibility to keep up and claim any winning tickets.

He is very lucky. It is the player's responsibility to keep up and claim any winning tickets.

he should've lost out

Kudos to both the Iowa Lottery Headquarters security team and the Iowa Kum & Go gas station for working together to solve this out-of-state 2nd prize Powerball winner caper!

The article is interesting in that the owner appears to believe that he would have checked his bunch of tickets just in time, anyhow, to find the $1M winner, etc. within ... and claim in time.  Maybe yes, maybe no!

I agree to a point- it took them 6 months to get this guy who by all accounts had forgotten that he had the winning ticket. Unlike what the California lottery did here 2 years ago by tracking down a winner a little over a month after winning and putting his mug on TV.

He didn't forget to check his ticket he just never bothered.

Why buy tickets if you are not going to check them