BRUNSWICK, Ga. — Ronnie Music Jr., a Waycross, Georgia man who sank part of $3 million in lottery winnings into methamphetamine trafficking, will spend the next 21 years in prison on drug conspiracy and firearms charges.

Last July, the 46-year-old Music admitted his involvement in multi-state drug trafficking, including a ring being run from a Georgia prison that he fronted with lottery winnings. He also pleaded guilty to being a convicted felon in possession of firearms.

Music won $3 million in 2015 on a scratch-off ticket in the Georgia Lottery.

"You got a windfall that few in this world ever get," Chief U.S. District Judge Lisa Godbey Wood said before sentencing Music. "Nobody has ever blown lottery winnings in a more dangerous and destructive way than you did."

The government agreed to ask Wood to impose a sentence lighter than that called for under federal advisory guidelines. The guidelines called for a sentence of 27 years to 33 years and nine months.

Music provided information agents used against Daniel Alo, 46, who was running a methamphetamine ring from Calhoun State Prison where he was serving a life sentence for murder.

During a hearing in federal court in Waycross, the government said conspirators on the outside used drones to drop cellphones into the prison yard and that those inside used them to direct drug trafficking. They used GreenDot financial cards to transfer money and pay suppliers and dealers.

Alo pleaded guilty before Wood Jan. 22 and is awaiting sentencing.

Alo was one of 15 people arrested, some in the Waycross area, for distributing methamphetamine. All have since pleaded guilty and Music's cooperation likely figured into those pleas and a quick wrap-up of the case, Gilluly said.

"His willingness to testify may have resulted in others jumping on board and being willing to testify," he told Wood.

"I think at worst, he's a wholesaler," Harrison told Wood in asking her to trim years off his sentence.

Harrison said he was also amazed Music and his associates, whom he called "The Apple Dumpling Gang," ever reached the level they did.

"You wouldn't take them to be methamphetamine dealers and users," he said. "They're just regular guys."

He also said Music used alcohol, marijuana, cocaine and, eventually, methamphetamine to deal with tragedy in his life.

Gilluly countered that Music was very much a large-scale dealer "who brought pounds and pounds" of meth into the community.

He also said Music had ties to drug cartels, the Bloods gang and white supremacists.

"That is not a rag-tag gang of misfits," Gilluly said. "He's not just a drug dealer. He's dangerous."

Although Harrison said Music came in early, court documents show it wasn't at the first opportunity.

Records show Music seemed oblivious to any chances he would be arrested even as he watched agents take down two of his co-conspirators.

That arrest came a month after some of his co-conspirators were caught trying to sell 11 pounds of methamphetamine that Music supplied, the government has said.

On parole from a previous conviction, Music supplied more than 10 pounds of crystallized meth to Jessie Case for redistribution, the government said.

On Sept. 1, 2015, local and federal agents arrested Case for attempting to sell that meth in Brunswick, but the arrest didn't stop Music.

"Mr. Music observed the transaction and the bust, but did not stop his involvement in the drug business," the government said in a court document.

While free on bond, he was a fugitive from cases in Georgia and Tennessee, the government said. He was tracked to a Red Roof Inn in Tennessee and arrested with 14.4 grams of meth and some marijuana.

Brought back to Brunswick, Music confessed and talked to agents for hours.

Gilluly acknowledged that Music, while talking with an agent on the phone, agreed to have his house searched then directed the searchers to hidden money and 11 guns, including an illegal shotgun and an assault rifle and thousands of rounds of ammunition.

Gilluly also noted Music has a 25-year criminal history, some of it extremely violent, and that he pleaded guilty only to the 10 to 11 pounds of meth "seized in our neighborhood," and not all his trips to other states.

For his part, Music took responsibility for his actions and apologized to the court and his family.

Wood ordered Music to pay a $25,000 fine and to serve five years on probation in addition to the vehicles and other cash he already forfeited to the government.

Wood also showed she knows something about children's movies.

"'The Apple Dumpling Gang' was children digging for gold," she said of the Disney film.

This has to be THE dumbest lottery winner ever.  He got exactly what he deserved.  The Judge said it right.

He'll have to get his connections in Federal prison; he already knows the ropes obviously.  A shame he had to win the lottery and not get to enjoy it instead of ruining people's lives. 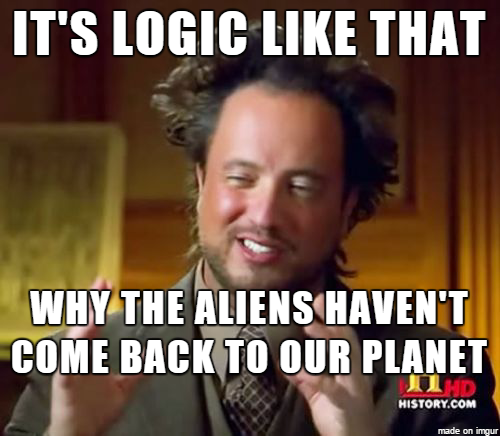 ...God DOES have a sense of humor.

Not the first time and wont be the last. Quite a while ago, I remember reading about a guy in Ventura County being arraigned for heroin trafficking and asking for a public defender. The DA objected stating that he was a lottery winner and receiving an annuity of $50k a year.

If Ronnie had been a pirate, l would have relished the thought of him being taken out by the Silent Mary with Capt Salazar at the helm.His famous words being " Pirates/ drug dealers have infected society for generations and he had vowed to eliminate them all."

I think that Ronnie Music should have retired from all work/businesses endeavors upon receiving funds from his fairly large net lottery win two years ago!  He might not have caused his family, others, and himself these woes.

Ronnie should have simply purchased his family a powerful household Internet package, and studied to become a [nuclear family purposed] conservative-level day trader for 3 hours per day [goal: net 5% annually and live off net interest from investments only].  Ugh.

Per the check he is holding, 3 million before taxes.

That was most likely the annuity amount. I was wondering what he walked away with after cash option minus taxes.

That was most likely the annuity amount. I was wondering what he walked away with after cash option minus taxes.