Fans of the Delaware Lottery can finally get a lottery ticket with their Wawa coffee or hoagie. And they can spend the time it takes to fill their gas tank by scuffing up a scratch-off.

The state has been installing machines at Wawa sites throughout the First State and has finished about half of the more than 40 Delaware stores. By June 10, Wawa thinks every Delaware store will be outfitted with the new self-service kiosks.

"It's a tremendous advantage to get them back in the network," said Delaware Lottery director Vernon Kirk. "That's 43 stores selling lottery products that weren't selling it before."

Kirk said he thinks the Wawa machines will contribute an additional $6 million in revenue based on "rough numbers."

The self-service kiosks, which allow for payment with a card, will offer pretty much everything typically afforded to Delaware Lottery customers, including keno. There will be no sports betting options available.

And it's not just Wawa stores adding the new machines. Kirk said the state has 100 of these new kiosks from vendor Scientific Games. Take 43 off of that and there are still 57 machines to be distributed. The others will go to retailers like Royal Farms, which Kirk said already has some machines it is testing.

"We're trying to gauge how they fare in other settings," he said.

Wawa on Thursday held a grand opening ceremony at its 800th store, located across from Concord Mall on Rocky Run Parkway. The Pennsylvania company plans to open 50 new stores and remodel 75 in 2018.

Adding lottery services in Delaware means Wawa customers across the company's entire footprint, including Florida, Virginia and Washington, D.C., will have the machines.

Wawa first tested over-the-counter lottery products at its stores, including some in Delaware, around the turn of the century.

"It just didn't set us up for speed of service at the core area," Wawa spokeswoman Lori Bruce said.

Modern technology has solved that issue.

"We're pretty confident that the customer reception is going to be phenomenal," Hornberger said. "This is something we're very excited to embark."

"We know that customers enjoy the added convenience," Bruce said. "We hear that from them."

Wawa will get the same rate as other Delaware Lottery retailers: a selling commission of 5 percent and a 1 percent cashing bonus.

Hornberger said Wawa lottery machines across the company in the calendar year of 2017 contributed about $120 million to state benefactors.

With 100 new machines being rolled out, that number should be even larger in 2018.

NC residents can now play lottery at the pumpJul 15, 2015

Congratulations to the Delaware Lottery!!

This is the first time I heard about WaWa stores.

I sure didn't think that was an IGT machine in the picture...grrrr.

Anyway do like the feature that this Scientific Games you can swipe your credit card!

So can you run Play Slips through the machine??? Curious.... I used to love WaWa's when I was younger but the stores left New England in the 90s because of too much competition! Miss those stores....

Right CT. However, it's got nothing on the " Chuck Baby line dance."

If that is the same ones in Sunoco here in Philadelphia, NE area,  near where I live at,  the software needs to be updated.   The wawa machines as well as Rite Aid suck.

Wawa machines will break down.

I go to South Jersey,  rt 73 and the wawa has a different type of machine close to that.  That one that I see is actually more marketable.

I sure didn't think that was an IGT machine in the picture...grrrr.

Anyway do like the feature that this Scientific Games you can swipe your credit card!

I just looked on a couple of search engines images and seen what it looks like.  I actually love the marketing.  The software is an issue.

The credit card thing I won't get over.

Well that's interesting. I got a WaWa down the street from me and might try it a few times. If I play in PA I usually play at a WaWa.

Retired and slow this morning.   Thought about your post while walking Clarabelle and then it hit me.  I get it!  Great post.

OTOH I'm pretty sure you can put playslips in them to play.  Not 100% about Ohio machines, I think they're Scientific Games as well and do take playslips.

IGT is changing their machines here in Kentucky to touch screens like SG..a very slow proces.

Our little local store here in PA has had one of those machines for a while now!

Right CT. However, it's got nothing on the " Chuck Baby line dance."

But I think you knew that but focused on the dance...

A big Wawa store opened  recently in NW DC. First one I have seen in the area and I noticed the lottery machine. But you had to have a playslip to pick your own numbers.

It doesn't support my semi self pick strategy. I have to run my play slips through a regular terminal. 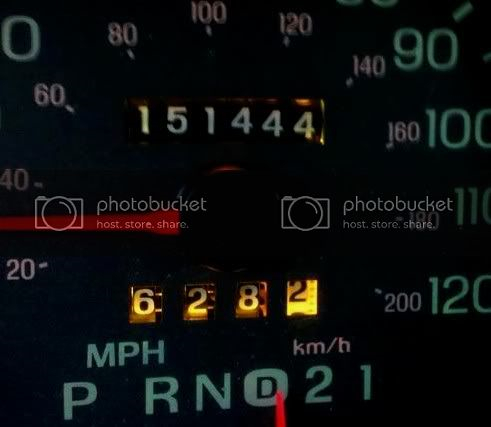 We need more of these in New York. So tired of "bothering" the clerks texting and talking on their cell phones.