Home › Lottery News › North Carolina Lottery winner: "$4 million is not much these days"

North Carolina Lottery winner: "$4 million is not much these days"

GASTONIA, N.C. — A lottery player who won the Lucky for Life top prize of $1,000 a day for life was doubtful that the money would go far in today's economy.

In a time of rising inflation and high gas prices, one North Carolina man was not feeling the shock and awe most winners usually feel when they win a big prize in the lottery.

In fact, Jimmie Shindler of Gastonia does not have any lavish vacations or home projects planned for the near future even after winning $1,000 a day for life.

On Tuesday, the North Carolina Lottery announced that Shindler bought a $2 Lucky for Life ticket through Online Play and won the game's top prize of $1,000 a day for life, which can also be claimed as a lump sum.

Shindler showed up at Lottery headquarters in Raleigh on Monday to claim his winnings, which can either be received as $365,000 a year each year for the rest of his life or a $5.75 million lump sum. He opted for the lump sum and ended up taking home $4.08 million after taxes.

However, the 60-year-old didn't have much to say about how the money could be put to good use.

"Just going to save the money," Shindler told The Charlotte Observer. "$4 million is not much these days, my friend."

Instead of booking an exotic getaway or going house hunting, he told the journal that he'll continue working in technology services for the City of Gastonia until he retires in two years.

With three adult daughters and three adult sons, he and his wife, Anna Marie, were initially happy about the win, but figured that $4 million would not go far.

Perhaps they'll enjoy a dinner out, they said, but for now, the money is best kept safe in savings.

Iowa man unknowingly carries around $25,000 a year for life Lucky for Life lottery ticket for weeksNov 5, 2021

It might go farther if he invests it well. I get what he's saying tho, with 6 adult kids who are in their 20s/30s (guessing) it's a small cushion. It might help them all buy homes.

He has no clue on how to invest this windfall.  Sounds very ungrateful to me; heck let me win $100K post taxes and that money will grow big time.

Either he's already rich or suffers from bouts of depression. Congratulations to him. He beat incredible odds.

He could give each adult child $16,000 (to let them know he thought about them) and bank the rest until he talks to a financial adviser.  Congrats to him.

He knows his kids are vultures 🤣🤣🤣

I'm happy for him. It's smart that he want's to save his money. What I'd probably do is pay off all my debts first then invest it with a good advisor. With what everything costs these days, $4million doesn't go far, but I'll take it. 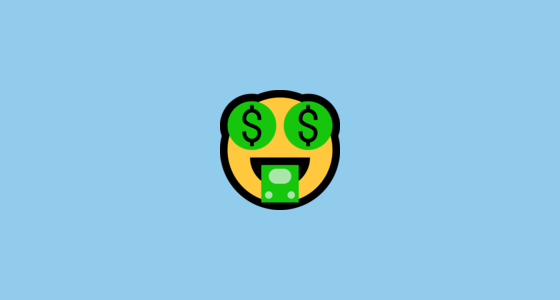 * Some lottery players have been at it religiously for decades & never came close to winning anything close to Jimmie's windfall. Same goes for NBA & NFL greats who never got to wear the ring.
*Jimmie sounds like he pulled in a 2ft marlin.

At least he's not so delusional he would live in the Bronx with the rats.

Instead of quietly collecting the 4 million $ prize this media <snip> draws attention to himself saying 4 mil isn't much these days! It's a helluva lot more than he had before he hit it. Every LP member knows to take half the win and invest it in a money market it will double in 7 years. In the meantime it's nice to know you can walk in to a car dealership and buy  a shiny new car no worries. Take this commentary with a grain of salt.