Are you dreaming about hitting it big with the lottery?

You're not alone. Lottery retailers are seeing a torrent of sales with $1.4 billion in lottery jackpot winnings up for grabs.

As of Thursday afternoon, the Mega Millions jackpot was at a jaw-dropping record high of $970 million with a cash option of $548.6 million. The next drawing is Friday night.

The Powerball jackpot continues to grow as well. It's at $430 million with a cash option of $248 million. The next drawing is Saturday, Oct. 20.

Some folks are also wondering if there's a 'lucky place' to buy lottery tickets. Representatives of both the Ohio and Kentucky Lottery commissions say no.

"Retailers that sell the most winners do so primarily thanks to volume and not luck," emphasized Chip Polston of the Kentucky lottery.

A free app called Lottery Places allows people in any state to locate lottery retailers near them or near any destination they choose. It is available for iPhone, Android, and Windows.

One high-volume lottery retailer is Deters and Daughters Liquors in Covington, Kentucky. They sell a lot of tickets, Polston said.

"It's almost pandemonium," she said. Ticket sales are at least three times the normal pace.

Some consider the store to be a lucky place to buy lottery tickets with many winners sold, Deters said. The last two big winners were more than $200,000, she said. They've also sold a $100,000 Mega Millions winner.

When the jackpot is big, people mostly come in and buy quick-pick tickets instead of selecting their own numbers, she said.

Jamie Maggard said he thinks people win as often with quick-picks as they do with their own numbers. Maggard works at the Dixie Delicatessen in Fairfield. His father, Harold Maggard, owns the business.

The Dixie Delicatessen also has a reputation for being a lucky place to buy tickets. Over the years they've sold "some nice winners," Maggard said.

Sales are currently brisk, easily eight to 10 times more people are coming in to buy Mega Millions and Powerball tickets, he said.

When the jackpot gets big, you see more of what Maggard called casual players. These are people who might not play when the jackpot is a mere $40 million. Maggard counts himself in this group. He's hoping to hit it big with the Mega Millions.

The Dixie Delicatessen is a high-volume lottery store, ranking in the top 1 percent in Ohio with sales and is one of the top sellers in Butler County.

"It's quite awesome," Maggard said. He attributes their popularity not so much to a reputation for being lucky but to good customer service.

"We try to cash a lot of customers' tickets and take care of them," he said.

VIDEO: Should you move to California to win the lottery?May 27, 2022

VIDEO: How are lottery jackpots calculated?Apr 29, 2022

Mississippi Lottery to start sales of Powerball and Mega Millions on Jan. 30Oct 23, 2019

Yes, get your tickets today as tomorrow will have long line ups everywhere.  There already was more activity around the service desk at the local grocery store this morning.  Last week machines went down when I went to buy mine.  Went to the next place close to me, and the machine was down there too!  Had to drive 4 miles out of my way and got lost, finding another lotto retailer. Didn't do much good anyway, won a few bucks, that's it.

If the 24 Hour news cycle is not covering these jackpots today than they will on Friday. A one billion dollar jackpot will grab everyone's attention.

What with Power ball coming up fast and behind MM we can enjoy the show.

I am personally seeing a ton more lottery purchases even at the somewhat out-of-the-way stores I go to. Everyone knows about this, not just the regulars.

looks like a 1+B$ jackpot is close.  by tomorrow night it should definitely be there!

Time to pull a 'Gloria'! No lines around here in rural PA!

Todd, thanks for posting this from the KY lottery.   I do believe we had visited that huge liquor store in Covington some months ago.

The lottery place app is great.

Now THIS Hearsetrax I can agree, tons of people with heartache and depression!  With either game. 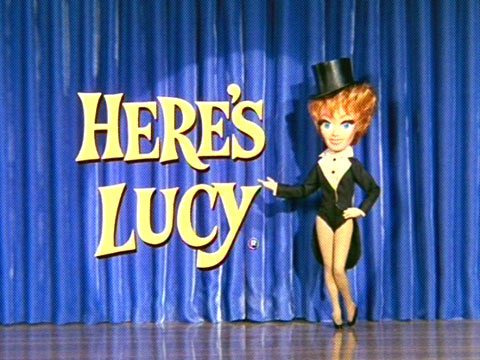 LOL!  Saturday’s cure is an elevated Powerball jackpot and another chance at the big bucks!