It was a historic day in Mississippi Thursday. It became the 45th state to start selling lottery tickets. But in true Mississippi style, things didn't quite go to plan. Some people might say it was a little cattywampus.

I was expecting palpable excitement and restless hope, as people lined up outside of gas station doors in the hope of winning the jackpot of $40 million and finally fulfilling their lifelong dream of moving to Alabama.

But I didn't see any of that. "What's going on?" I wondered to myself while already imagining the ways in which I would blow the jackpot on something that my parents would find infuriating, like disappearing forever.

My best guess was that people were at home watching daytime TV, maybe Judge Judy or reruns of the Dukes of Hazzard. Or maybe the rumors were true and people in Mississippi had jobs.

The truth was even more puzzling.

One Chevron gas station owner said he'd been waiting two months just to get the scratch-offs, which went on sale back in late November. He didn't even have a lottery machine, he said.

This was all curious since the Governor of Mississippi signed the lottery into law Sept. 1 2018. I knew things moved slow in Mississippi, but this was slower than the Amtrak train from New Orleans to Mobile.

The gas station owners I spoke to in Pascagoula, the closest major Mississippi city to Alabama's Gulf Coast, told me more or less the same story. "We're waiting on them coming to train us," said the person manning the checkout at Murphy's gas station. Same deal at Papa Rock's Oaks gas station in Moss Point, the first gas station I came across on my journey to a life of great riches and anonymity. And unlimited conecuh sausage.

[If you want to find the nearest Mississippi — or any state — lottery retailers, try the free Lottery Places app, which is the only app that can locate lottery retailers in every state and many sections of the world.]

The owner of T&S Cornermart said he'd sent in all the paperwork but couldn't get anyone on the phone at the Mississippi Lottery. He then asked if I was from the state lottery. I said "no," while simultaneously thinking how much I have in common with a lottery. Unpredictable and ultimately disappointing.

Others said they were waiting on permits.

I drove to a dozen more gas stations in Pascagoula looking for a shot at glory, a way to pay off my car note once and for all, and finally invest in Moon Pies so I can make them taste of something other than sweet cardboard.

As I drove down the main road in Pascagoula, weaving in and out of the endless roadworks, I wondered if everything in Mississippi was dysfunctional. I then saw a small U.S. Postal Service van being pulled by a pickup truck. And, as I walked into a Starbucks the transformer blew. I was forced to get my Turkey and Pesto ciabatta roll elsewhere.

The answer was yes, everything here is broken. I saw potholes that made the moon look smooth.

And while you may not believe it, Mississippi is my favorite state because like me, it's doesn't do anything very quickly and also has no money. But best of all, we don't care what others think.

So, Pascagoula was a wash.

"How will I get rich if stay here?" I thought. I decided people in Biloxi, home of Mississippi's towering cash cow casinos, would probably know what's up.

I started driving to Gautier, a cute little town west of Pascagoula. I happened upon Keith's Superstore. Although Mr. Keith wasn't available for comment today, the women behind the counter said that a majority of people were buying lottery tickets and scratch-offs with most purchases of gas or items from the store.

But still no lines of people dreaming of spending all their lottery winnings in Margaritaville.

But you could see people with heads down inside their cars in Keith's parking lot, furiously scratching the thin metallic layer separating them from a cash win, which I hope they'll spend on a vintage orange 1969 Dodge Charger. Doors welded shut, obviously.

One man walked in with five winning tickets and immediately asked for his winnings in more scratch-offs, which I'm told is what most people do. The checkout woman said it had been a steady stream of winners all day, usually $100 or below. If you win more than $600 you have to send your winning ticket or scratch-off to the lottery office in Flowood, Mississippi, wherever that is.

I immediately recalled the immobilized USPS van and decided I would probably drive my winning ticket to the office in person. Then I would almost certainly helicopter home like a boss.

Every state bordering Alabama now has a state lottery, investing proceeds into roads, bridges, education, and kindergarten, among other things. Religious objections have prevented a lottery making it through in Montgomery. God, it seems, is cool with potholes.

At a Circle K in Biloxi, Fred Adams bought $9 worth of tickets and promised to split it with Shelby, who was the in-store lottery expert that day. After being asked what he'd do if he won the lottery, Adams said, after 45 seconds of deliberation, he'd take his family on vacation. It was unconvincing because I could tell he would move to Alabama in a heartbeat. Who wouldn't?!

"I'm gonna be the first jackpot winner," Shelby said after Adams had left. I was moderately happy for her.

It was also in Biloxi where I decided my fortune would be made. I bought two $5 Mississippi Blues scratch-offs at a Shell gas station. I won $10 on the first card and a free scratch-off on the second. And because I'm a responsible young man with my whole life ahead of me, I decided the best investment was three more Mississippi Blues scratch-offs. I won nothing, which means I will continue working at my current job in earnest — until at least the weekend when the first Mississippi Lottery balls will be drawn. I have two tickets.

Mississippi residents line up to purchase lottery tickets in state for first timeNov 25, 2019

Mississippi Lottery to start sales of Powerball and Mega Millions on Jan. 30Oct 23, 2019

Rome wasn't built in a day, and sounds like Mississippi wasn't either.

I still think about my grandmother when the Louisiana Lottery started in 1992. By Thanksgiving 1993, she had blew threw over $55,000.00 with the lottery.

Ultimately, my mother discovered what was happening because the grocery store manager who was cashing her checks, told my mother what my grandmother was doing.

She was cashing checks, and getting hundreds of Louisiana Lotto Quick Picks at at a time. Once doing this spree, she got 5 numbers for $1,500.00 before taxes - which fueled her gambling addiction worse.

It's the older people with gambling addictions who loose money.

Todd, Thank You for this cool short story. 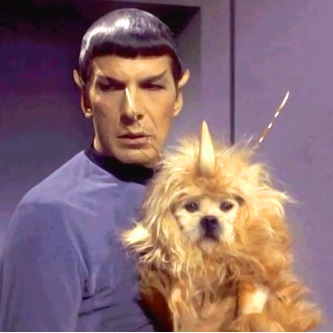 I still think about my grandmother when the Louisiana Lottery started in 1992. By Thanksgiving 1993, she had blew threw over $55,000.00 with the lottery.

Ultimately, my mother discovered what was happening because the grocery store manager who was cashing her checks, told my mother what my grandmother was doing.

She was cashing checks, and getting hundreds of Louisiana Lotto Quick Picks at at a time. Once doing this spree, she got 5 numbers for $1,500.00 before taxes - which fueled her gambling addiction worse.

It's the older people with gambling addictions who loose money.

Sorry to hear that. I hope your mother was able curb your gran's gambling addiction. One of my grandparents was the total opposite. Would berate any family member who played even as little as 50 cents once in a blue moon.

Give them and IGT time to iron out the bugs.  Before PB & MM they had over $7.6 million added to the state coffers.  I do find it tragic, even sad that things are appearing to be in such disrepair in Mississippi.  Will say we rented a car from Biloxi to New Orleans and roads were in great shape and exits all had modern LED streetlamps for what that's worth.

l wouldn't expect anything less. Miss Lottery officials are not idiots they throwing out lots of red meat if there was a steady stream of losers- their lottery would be on life support within months. The facts of life are: Win Short term, convince yourself you beat the system.

An optimist might say he scratched five $5 tickets for $10, but a pessimist would say, "he still WON NOTHING".

And not sure why they expected long lines for relatively small jackpots or why after two months many stores still didn't have terminals. Especially considering they are so late getting into the game.

But at least they have a lottery. Might be a few more years before Alabama has one.