Home › Lottery News › UPDATE: Florida winner whose ticket was lost in mail gets her prize

UPDATE: Florida winner whose ticket was lost in mail gets her prize

Florida Lottery did receive the ticket after all; USPS tracking still shows undelivered

Every lottery player's worst nightmare came true for a Florida woman whose ticket was supposedly lost in the mail by the United States Postal Service over a month ago. After telling her she would have to forfeit her $1,000 prize and then awarding it to another player, the Florida Lottery looked again and discovered the winning ticket was in their possession after all.

Sue Burgess, 62, won in a Second Chance drawing back in July and decided to send her winning ticket through USPS certified mail. Weeks went by without a word that the Lottery had received the ticket, prompting her to check the package's tracking. She was shocked to learn that it never made it to Lottery headquarters and was even more devastated when the Lottery told her repeatedly "no ticket, no prize," citing that they were not responsible for any mistakes made by the U.S. Postal Service.

"I was horrified to find out that the lottery commission had never received my ticket," Burgess recalled. "After I had to pick myself up off the floor, I learned the ticket was still in transit."

Her story received national attention and likely stirred action from the Lottery, who called Burgess on Wednesday to tell her that they found the lost ticket in their mail deliveries despite USPS tracking information showing that it was never delivered. She would finally get her $1,000 prize.

The next day, Burgess received a FedEx package containing a check for the winnings along with a few gifts to make it up to her, including an official Lottery pen and tote.

"I'm just thrilled to death that the lottery commission sent me the check," Burgess said yesterday.

According to a Lottery official, it wasn't exactly known why it took so long to find the missing ticket in their mail deliveries or why USPS tracking information was inaccurate.

"Now we have a happy ending," Burgess said, relieved. "That car out there needs tires, so we're going tire shopping!"

Kansas woman has big prize taken away after it was awardedOct 16, 2012

someone needs to be fired

IT really does make you wonder how many other people were cheated out of rightful prizes by the Florida Lottery...

This can't be the first or last time that the Florida Lottery has tried to pull something like this.

I find it hard to believe that Florida Lottery is telling the truth. They knew the winner had enough compelling evidence and was undoubtedly entitled to the second chance winnings but had no legal way to pay her so they made up, "Oh, we have the ticket after all", to bring about a just, but non-legal result. $1,000 is a small price to pay to avoid the negative backlash as well as screw a rightful winner. I believe- as another has indicated- that a postal employee stole the envelope, realized they had no way to claim the winnings, and then destroyed the mail. It has not shown as delivered as it wasn't delivered. Glad for the rightful winner and happy Florida lottery made it happen despite the lack of legal avenue to do so. IMHO, as the saying goes.

Go in person, put in lottery office's drop box, or send Registered Mail in a white padded bubble mailer. White bubble mailers have a different postal classification than the manila color bubble mailers. White is delivered one day earlier than manila. I learned this trick decades ago with a mail order company. 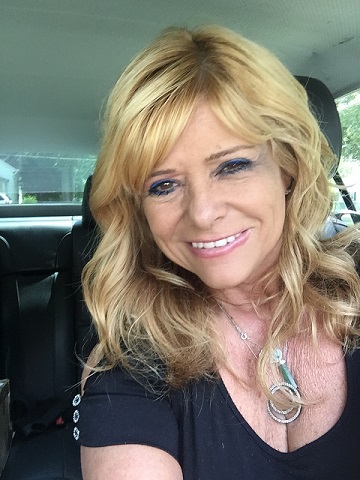 Goodness Always Happens.  You have to have FAITH!!  Way to go Florida Lottery for doing the right thing!!

Congrats to the Winner

Don't believe for a moment that the lottery suddenly found her ticket sitting in their mail.  The national exposure likely forced their hand and they paid out the claim to make it go away. There should be a formal review by an outside agency.

I don't believe them either. They didn't find the envelope in some bundle of mail as I'm quite sure they empty their box daily. There's no way that tracking said it never showed, but it was there unless the mail carrier didn't scan it upon delivery and if he did why hadn't they run across it in all this time, but miraculously found after it made national headlines. 😏

I don't believe them either. They didn't find the envelope in some bundle of mail as I'm quite sure they empty their box daily. There's no way that tracking said it never showed, but it was there unless the mail carrier didn't scan it upon delivery and if he did why hadn't they run across it in all this time, but miraculously found after it made national headlines. 😏

I agree. It's a wee bit too convenient. But I am happy the FL lottery did the right thing and paid her claim.

Amazing the power of BAD press!!

AND.. since it was a 2nd chance winning ticket, wasn't it 'registered' on their web site already?

had the press coverage she would not have gotten it....It pays to keep at it when you

know you are right!

Amazing the power of BAD press!!

AND.. since it was a 2nd chance winning ticket, wasn't it 'registered' on their web site already?

The media figured the average Joe Schmoe knows nothing about the lottery so didn't bother to mention key points.

I find their claim that they suddenly found the ticket suspect as well. Perhaps the national publicity made them do it. If someone is going to send a ticket through the mail, they should keep a scan or a photocopy of it so they have proof they actually had the winning ticket. I wonder if she did this.

It's good that she got her prize. The negative publicity probably helped.