Last week, the Texas Lottery announced that it not only broke its own sales record for the 11th-consecutive year, but it also crossed the whopping $8 billion mark for its fiscal year sales total.

Having surpassed the $8 billion milestone, the Lottery reported a massive $1.998 billion contribution to state education and veterans, its highest yet.

"When then-Gov. Ann Richards purchased the first Texas Lottery scratch ticket in May 1992, no one dreamed of reaching $8 billion in sales or contributing nearly $2 billion in one year to our great state from the sale of lottery products," Executive Director Gary Grief said in a press release. "Not only that, the Texas Lottery has seen sales growth of more than $3 billion — or 60 percent — over the last five years, making it one of the fastest-growing in the nation over that time span."

Over the 2020 fiscal year, the Lottery saw a mammoth $1.403 billion increase in sales, or just nearly 21%, driven by the highest scratch-off and draw game sales totals it had ever seen in its entire history.

"These accomplishments are due to the great dedication, attention to detail and hard work of our employees, vendor partners and most especially our retailers, nearly all of which were deemed 'essential businesses' and have worked tirelessly to serve their communities during the COVID-19 pandemic," Grief continued.

The nearly $2 billion transfer to the state widely exceeded its previous record revenue contribution set last year by $315 million, or 18.7%. In 2020, the Lottery reported that $1.974 billion went to the Foundation School Fund and that $23.4 million was allocated for the Fund for Veterans' Assistance.

Since its inception, the Lottery has transferred over $27.6 billion to public education in the state and more than $166 million to Texas veterans.

"We are thrilled to announce the Texas Lottery once again generated record revenue for Texas education and veterans during fiscal year 2021," Texas Lottery Commission Chairman Robert G. Rivera stated. "We want to thank all the players for supporting the Texas Lottery and for their participation in providing these much-needed funds for the Foundation School Fund and the Fun for Veterans' Assistance."

Scratch-off tickets generally account for the majority of state lottery sales. This fiscal year, Texas Lottery scratch-off ticket sales topped an astounding $6.617 billion, which accounts for 81.6% of its portfolio's total sales. That's $1.061 billion higher than its scratch-off sales for the previous year, a 19.1% increase. The Lottery attributes its success to "strategic planning that led to a robust ticket lineup," resulting in its best 19 weeks of scratch-off sales yet for the week ending Apr. 3, 2021.

Meanwhile, the Lottery saw its in-state draw games generate $781.4 million in sales, fueled by its daily draw games that produced $547.6 million on their own. The Pick 3 plus Fireball and Daily 4 plus Fireball were its best-performing local draw games, having set a new record with $452.1 million in combined total sales, or more than 30% of total draw sales.

Multi-state games Powerball and Mega Millions also made a large contribution to sales totals, having generated a combined $708.8 million in sales. The sizeable sum can be attributed to the dueling jackpots from earlier this year, when Mega Millions reached a record $1.05 billion with 36 rollovers and when Powerball climbed to $731.1 million.

The state of Texas is not the only major winner — Texas Lottery players won a grand total of $5.492 billion in prizes, the highest prize payment in the Lottery's history and $968.4 million more than prizes paid out in the year before.

Since the first lottery ticket was sold in 1992, players have won more than $71 billion in prizes.

The Lottery has more to celebrate than just its impressive sales records. Next year marks the 30th Anniversary since the first-ever Texas Lottery ticket was sold. As the Lottery nears its next soon-approaching milestone, Grief reflected on what, or who, helped propel the Lottery to where it is today.

"From the first Texas Lottery ticket sold to then-Gov. Ann Richards on May 29, 1992, players have been the backbone of the Texas Lottery's success — culminating in more than $71 billion in payments to prize winners, including $5.492 billion during fiscal year 2021, the highest prize payment in Texas Lottery history," Grief told Lottery Post. "We thank our players for helping the Texas Lottery achieve and celebrate '30 Years of Winning,' as their participation provides much-needed funds for Texas education and Texas veterans."

Texas Lottery generated more than $100 million in one week from scratch-off ticket salesJan 7, 2019

Texas Lottery has its best week of scratch-off sales in 23-year historyFeb 10, 2015

Just think if they had Pick 3 and Pick 4 on Sundays!  Am I correct that this is the only state that offers these two games FOUR X/ DAY?

To those in Texas that want to get rid of the lottery, these figures speak volumes.

Wow.....1.4 billion in sales and a 21% increase in 2020. You would think that most of that increase has to do with the pandemic. People were not going on vacations in 2020, because most places were closed. So when they went to the local gas stations and neighborhood stores they had extra money to spend on lottery. Even the people who were unemployed were pocketing an extra $600 dollars a week. I will be curious to see the numbers for this summer (2021). My guess is it will look a lot different. So glad to see so much going to help schools and veterans.

There's a lot of people moving to Texas, so sales may be even better in the future.

So if I read their website correctly they only offer an on-line App just like Massachusetts to check tickets only.  That's a shame that residents cannot play on-line just like my lottery.  It's the way to go being so far into the 21st Century.

Maybe Tony Numbers can help me with this.

Hope some of this is going toward

The Poor and the Homeless struggling to sustain rent pymt., so they are NOT homeless, and Vets.

Knowing Tx., i am not sure, quoting my people in the good ole' TX., or "good for some." 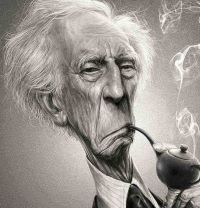 We buy tickets online from Jackpocket in Texas.