Final jackpot total of $590.5 million is largest prize won by a single ticket

How would you react if you won?

The largest Powerball lottery jackpot in game history has been won Saturday night by a single ticket sold in the state of Florida.

The record $590.5 million Powerball jackpot, which is the second-largest of any lottery game in history, started as a $40 million prize on April 3, 2013, and continued accumulating prize money for 13 consecutive drawings, until it was finally won Saturday.

On Friday the game's organizer pegged the jackpot estimate at $600 million, but the actual total fell a bit short of that number.  Still, it was enough to secure second place on the list of all-time highest lottery jackpots, and the top Powerball jackpot in history.

After all the proceeds were counted, the final lump-sum cash value of the jackpot stood at $370.9 million.

The big winner undoubtedly will get very little sleep Saturday night, as they try to process winning the Powerball's largest lottery jackpot ever.

Is the winner running around the house screaming?  Are they calling their family?  Or maybe calling their boss to quit their job?  What are they planning to do with all that loot?

What is the first thing you would do?

The winning ticket was sold at a Publix supermarket in Zephyrhills, Fla., according to Florida Lottery executive Cindy O'Connell.  Zephyrhills is a suburb of Tampa.

She said Florida has had more Powerball winners than any other state.

The winner was not immediately identified publicly and O'Connell did not give any indication just hours after Saturday's drawing whether anyone had already stepped forward with that winning ticket.

With four out of every five possible combinations of Powerball numbers in play, lottery executives said earlier that someone was almost certain to win the game's highest jackpot, a windfall of hundreds of millions of dollars — and that's after taxes.

Fortunately, even if you didn't win the jackpot, the Powerball game still offers another 8 ways to win lower-tier prizes.

In addition to the jackpot winner, a whopping 35 lucky players matched the first 5 numbers, but not the Powerball, for a $1,000,000 prize: 2 from Arizona, 2 from California, 1 from Connecticut, 2 from Florida, 2 from Georgia, 2 from Kentucky, 1 from Louisiana, 2 from Missouri, 2 from New Hampshire, 3 from New Jersey, 7 from New York, 2 from Pennsylvania, 1 from South Carolina, 1 from Tennessee, 1 from Texas, 1 from Virginia, 1 from Washington, and 2 from Wisconsin.

355 tickets matched four white numbers plus the Powerball and won $10,000.  Of those tickets, 30 were purchased with the Power Play option, increasing the prize to $40,000, and 41 of the tickets were sold in California, where the prize was worth $8,945 this drawing.

The jackpot for the Wednesday Powerball drawing is reset to $40 million.

Powerball is now played in 43 states, plus the District of Columbia and the U.S. Virgin Islands. Drawings are Wednesdays and Saturdays at 10:59 p.m. Eastern Time. Tickets cost $2 each.

A 44th Powerball state will be added some time in the next year, as the state of Wyoming has approved a new state lottery with the intention of joining Powerball and other multi-state lottery games. (See Wyoming officially becomes 44th state with a lottery, Lottery Post, Mar. 14, 2013.)

Truly astonishing! Congrats to the lucky winner or winners. They're rich forever!!

Wow! Only one? Congrats to whomever won. Enjoy!

Congrats to my fellow Floridian!!! 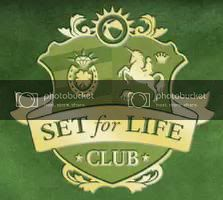 I would take the annuity. Judging from the payout table, it's good enough for me.

Lucky. Mosty likely it's a old head ???? welp lucky them.

So close to a billion dollar jackpot...
Congrats to the winner(s).

PS - Congrats to the winner!

Probably sold at a Publix in central or south Florida...

congrats to the 35 2nd prize winners, and double  shout out to the Ca. players on their $2+ mill wins

I broke even with $4 bucks I matched the PB yay iam going to layoff Big Game Jackpots & play state for a few weeks.

Congrats to the Winners spend Wisely

Since it's a supermarket, I bet it's a self service machine.