The association that runs the popular Powerball lottery and Mega Millions games will drop Illinois at the end of June without a budget agreement.

Concern over the state of Illinois' fiscal condition prompted that decision by the Multi-State Lottery Association, according to internal Illinois Lottery communications.

Illinois Lottery spokesman Jason Schaumburg on Thursday morning confirmed that the games will be dropped without a state budget. He said the association has had discussions since 2015 about dropping Illinois, but this is the first time the group has taken action.

He called it "another example of why the General Assembly needs to deliver a balanced budget to the governor."

"Its unfortunate. Powerball was the only thing that I would buy, because I knew that it would pay out," said Anthony Martinez, who lives in the Logan Square neighborhood. "With the Illinois budget crisis, it's not a guarantee that Illinois' going to actually pay out on your lottery winnings."

The state reported $99.4 million in Mega Millions sales and $208 million in Powerball sales within the 2016 budget year. It's unclear how much revenue the state got from the sale of those tickets.

Shaneen Murray, a Woodlawn resident, said taking away the temptation of some of the high-profile lottery games is "not necessarily a terrible thing."

"Maybe people can save money, or put their money toward something better," she said.

Thanks to John L. for the tip.

If they lose PB and MM, they will riot.

Good, if they don't pay out they shouödn't sell.

There will be a string of cars heading to border States who do sell PB & MM. Kinda reminds one of the scene in " Fields of Dreams " where Mann* James Earl Jones says " People will come Ray, they will come to Iowa for reasons they can't even fathom".. in their cases for lottery tickets.

The state games have better odds.  It's true

There's always Wisconsin, Iowa, Missouri, Kentucky, and Indiana to provide these games for Illinois residents. Even for someone who lives in the middle of the state, Town of Chesnut, they will be no more than 100 miles away from the nearest out-of-state lottery retailer. It might be a hassle to make the drive or Uber, but at least it will be an excuse to go on a trip for a chance to win big on a record breaking jackpot and play another game that will actually payout.

If you're an Illinois resident, it's probably time to download Lottery Places and find that closest out-of-state lottery retailer.

Their failure to get an agreement and lose these 2 games state wide will serve as an example to other states how not to be stupid. The governor needs to step in with an executive order to separate this out temporarily. The lost of funds will teach them a lesson. 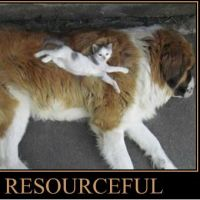 Their failure to get an agreement and lose these 2 games state wide will serve as an example to other states how not to be stupid. The governor needs to step in with an executive order to separate this out temporarily. The lost of funds will teach them a lesson.

I like your example.  Look at what has happened here in Philadelphia with the soda tax.  It's not going to where it's supposed to be.  In fact they passed the bill without the consent of city residents so what does that say.

But I do wonder if any states have been dropped before.

In the once grand Land of Lincoln, the pervasive political/fiscal corruption in leadership is leading Chicago & the State into potential bankruptcy-

So sad, so bad, sorry for the good citizens who deserve better

I'll be sad to see Illinois go, but I'll be happy they'll be saving money!

I'll be sad to see Illinois go, but I'll be happy they'll be saving money!

Though jackpots will rise slower then.