Some of the big wins Georgia Lottery players have claimed in the past month.

Cole held on to his ticket and decided recently to compare his numbers to those on the Georgia Lottery Web site.

"This is unbelievable," he exclaimed. "I've never seen anything like this."

Cole works as a field engineer manager and has three children. He plans to pay bills with his winnings.

Win for Life is a multi-state game played in Georgia, Virginia and Kentucky. As with all other Georgia Lottery games, proceeds from Win for Life will benefit education in the state of Georgia.

Wendy Roberson of Gainesville plans to buy a new house for her four children after winning thousands in the lottery. Roberson, 33, won a $50,000 top prize from playing the Georgia Lottery instant game Jumbo Bucks Classic.

Petrofast Food #0002, 4250 Price Road in Gainesville, sold the winning ticket. Roberson stopped for gas when she purchased the ticket.

A Unadilla woman was stunned when she discovered a lottery win worth $30,000. Brenda Poole, a Wal-Mart sales associate, played the Georgia Lottery instant game Cashword and won a top prize.

"I was speechless," said Poole, 49. "My husband was the very first person I told."

Poole and her husband, Jeff, have four adult children and 11 grandchildren. The couple will spend the holidays with family.

"My grandchildren will have a good Christmas with toys and clothes as their presents," she shared. "I consider myself lucky."

A Woodstock mother of two said she had no clue that a stop for a soda would lead to a $25,000 lottery prize. Marsha Hollon, 43, played the holiday-themed Georgia Lottery instant game Winter Bucks and won a top prize.

"The day I won my prize was a great day," she said.

Hollon purchased the ticket at Food Store, 9845 Main St. in Woodstock, while stopping for a soft drink.

"I couldn't believe it," she said. "Winning feels good."

She plans to pay bills with her winnings.

"I couldn't believe it," she said. "I feel wonderful."

Coleman and her husband, Malcolm, have four adult children and four grandchildren. The couple plan to pay bills with their winnings.

An Ellenwood Waffle House waitress has been served a lottery win. Shawn Balogun, 43, used change from a tip to play Weekly Bonus 2008, a Georgia Lottery instant game. She won $2,008 a week for a year for a total of $104,416.

Balogun purchased the winning ticket at Rex Road Amoco, 2684 Rex Road in Ellenwood. She scratched the ticket at home.

"I kept looking at the ticket," she said. "I couldn't believe it, so I went back to the store. I don't think it had dawned on me yet."

Balogun has an adult son and two grandchildren. She plans to celebrate the holidays with family.

"I will let them go shopping, and they can pick out anything they want," she exclaimed.

A stop for a cool soft drink turned into a $50,000 lottery win for one Lawrenceville man. Eduardo Garcia, 38, played the Georgia Lottery instant game Jumbo Bucks Classic and won a top prize.

"I screamed so loud my family rushed over to me," he said. "When they saw that I'd won, they became excited too."

Garcia and his wife, Luc, have two children. The couple plan to pay bills and will save the remainder.

"My friends have always told me that I'm lucky. I played, and I won," he exclaimed. "I feel lucky, and that's the point."

A Marietta lighting expert has switched on a lottery win. David Lukach, a self-employed landscape lighting professional, matched all five winning numbers in the Nov. 27 Fantasy 5 drawing and won a $434,871 top prize.

The Quik Pik ticket was sold at Circle K #5259, 4706 Lower Roswell Road in Marietta. Winning numbers from the Nov. 27 Fantasy 5 drawing were: 2-6-32-33-34. Lukach considers the Quik Pik ticket lucky because it consists of family ages and birthdays. He discovered his win after looking in a local newspaper.

"I'm so excited," he said. "I consider myself lucky anyway."

A father of two, Lukach and his wife, Ellen, plan to use the winnings help close friends and family.

"People say that I win because I help other people," he shared. "This is what I call paying it forward."

Georgia Lottery officials awarded an oversized check to Brooks in front of the Christmas tree in Marietta Square Friday morning.

While on his lunch break, Brooks decided to purchase the ticket.

"I immediately told the store manager," he said. "Winning this prize still hasn't sunk in."

With his winnings, Brooks plans to buy holiday gifts for his family and a new house and car for himself.

He bought his ticket at Publix Super Market #0086, 4401 Shallowford Road in Roswell.

A nuclear safeguard engineer is feeling great about winning the lottery. Billy Chambers, 48, won $5,000 when he was randomly selected in the Georgia's Millionaire Club weekly drawing held Nov. 23. As a result of his lucky win, Chambers now has a chance to win $10 million.

Chambers said he discovered his lucky win after looking on the Georgia Lottery Web site.

"I couldn't believe it," he said. "Word that I'd won preceded my arrival to work the following work day."

Chambers lives in Aiken, S.C. and works for the U.S. Department of Energy. He plans to use his winnings to pay for his graduate courses.

Players can mail in a non-winning Georgia's $500 Million Club ticket to enter the Georgia's Millionaire Club drawings. Complete the back of the ticket, add a stamp, and mail the ticket as a postcard. The Georgia Lottery will conduct a weekly drawing from all entries received that week. Weekly drawings will be broadcast each Friday as a part of the Cash 3 evening drawings.

A Fairburn mother has scooped a lottery win. Joan Blalock, 43, matched all five winning numbers in the Nov. 30 Fantasy 5 drawing and won a $181,235 top prize.

"I kept looking at the ticket, and that's when I realized that I won," she said. "I started jumping up and down."

Excited about her lottery win, Blalock said she plans to buy a new home for herself and her 8-year-old daughter.

"This is great. It's unbelievable," she exclaimed. "Winning is the greatest feeling."

"I told a friend that was riding with me that I'd won, and he didn't believe me," he said. "When I put the ticket in his face, he believed me."

The father of two said he has plenty of gifts to buy this holiday season.

"I feel good," McKinney exclaimed. "I deserved that ticket."

"I put the ticket in my pocket and checked it three days later," he said. "I was stunned, really, when I saw that I'd won."

Owner of Rocky Creek Seafood in Gray, Bass said he plans to buy holiday gifts for his family and will save the remainder.

"I almost fainted when I saw that I'd won," she said.

London has no immediate plans for her winnings. She and her husband, Paul, have four adult children, six grandchildren and one great-grandchild. The couple will spend the holidays with family.

"Winning feels great especially at Christmas," she exclaimed. "We are very much winners, and we feel so special."

"I scratched the ticket and saw that I won," she said. "I was so excited, I didn't know what to think or feel."

Crum said she plans to surprise her son with a special gift.

"Christmas and everything else will be bright," she exclaimed.

"I really went numb," the grandfather of four said. "I told the store clerk. They liked that fact that I'd won, too."

Reece works as a contractor for an electric utility company. He and his wife, Sherry, have three adult children. The couple plan to take a vacation and will save the remainder of the winnings.

She purchased the winning ticket at North Canton Chevron, 50 Riverstone Parkway in Canton, while getting gas.

Dillow, who celebrates her 37th birthday on Dec. 17, plans to spend the holidays with family. She and her husband, Brian, have a 2-year-old daughter.

"I can have an even better Christmas," she exclaimed.

The 23-year-old purchased the lucky ticket at Stop & Buy, 700 Cordele Road in Albany.

"I am excited," she exclaimed. "I feel really good. My mom and I cried."

O'Neal's husband, Jimmie, is stationed overseas in the Army. They have a 3-year-old daughter.

She plans to visit family in Florida for the holidays.

"This will be a super awesome Christmas," she exclaimed.

congrats to all the winners. 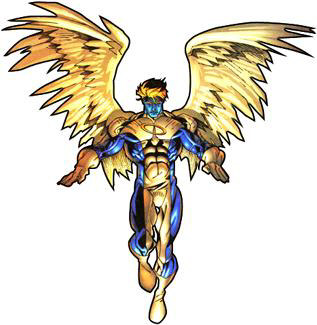 that might be why they don't have many megamillion winners.....lol

Thanks, Toney.  Then the article is incorrect since it says he got all 6 numbers and won $1,000 a week for a year, unless I'm crazy or can't read (or both.)  This makes more sense to me now.