A former lottery security chief was sentenced to 25 years in prison on Tuesday for rigging the computerized lottery drawings in several states so he could collect the jackpots.

Eddie Tipton, former security director of the Multi-State Lottery Association (MUSL), received the maximum sentence from an Iowa judge, who mentioned Tipton's "greed" in his sentencing.

"I certainly regret my actions," Tipton told the court. "It's difficult even saying that with all the people that I know behind me that I hurt."

Tipton pleaded guilty in June to a charge of ongoing criminal conduct for a scheme involving seven lottery tickets in five states, according to court documents. He admitted to rigging computer programming code to produce winning numbers — netting Tipton and his accomplices millions of dollars.

When Judge Brad McCall asked him on Tuesday how he intended to repay the money, Tipton said, "Initially, I really don't know."

Prior to his sentencing, Tipton's lawyer said his client was ready to accept his punishment.

Tipton was formerly a programmer with the Multi-State Lottery Association, the agency that administers some state lottery drawings. He designed and maintained software "for computerized random number generators used to select winning lottery numbers in many states across the country," according to the office of Iowa Attorney General Tom Miller.

Tipton, who lives in Texas, is accused of buying lottery tickets in various states, including Iowa, and selecting numbers that he knew would win, since he designed the program that generated the winning numbers. Tipton then gave these tickets to third parties who agreed to cash them and split the money with him.

He launched construction on a 4,800-square-foot home outside of Des Moines that contained a movie theater, a gym, overlooked a pond and sat on 22 acres after his first illegal win in 2005, court documents show. The scam went on to claim at least six more games across five states that netted more than $2 million, investigators alleged.

The scam began to unravel following unsuccessful attempts to anonymously collect a $16.5 million Hot Lotto ticket that was purchased at a Des Moines convenience store in 2010.

One his accomplices was his brother, Tommy Tipton, authorities said. The investigation against the Tipton brothers began in 2010, with a suspicious claim for a $14.3 million Hot Lotto jackpot in Iowa that lottery officials refused to pay. The Iowa Division of Criminal Investigation traced Tipton's scheme to other states as well.

His brother Tommy Tipton, a former judge in Texas, is currently serving a 75-day sentence in Texas for a misdemeanor theft charge and deferred judgment on a felony charge of conspiracy to commit theft.

The Tiptons' friend Robert Rhodes, who also lives in Texas, was the one who attempted to redeem the $14.3 million jackpot. He has pleaded guilty to fraud and will be sentenced on Friday.

Timeline of the biggest crime in US lottery history

The following is a compilation of Lottery Post news coverage chronicling the Hot Lotto mystery and subsequently discovered crime.

We start the timeline with a news story indicating that only 3 months remained for the $16 million Hot Lotto jackpot to be claimed.

It appears he thought he was going to get away with this since he started building a beautiful custom residence.  Too bad he isnt ever going to call it home.  What a waste.

It sure didn't bother him while he was colleting all the money.

He should and the rest of them should ROT in Prison

Dont give any of them any ideas lol.

I remember years ago there was one store clerk who stole a winning million dollar ticket. He told the owner of the ticket it was worth a thousand dollars.  The clerk claimed the money and immediately headed off to Nepal. If I recall correctly it was the lottery that found the ticket owner was ripped off.  The U.S. froze the thief's account in Nepal.

This was a show on The Lottery Changed My Life so you know it was years ago and at that point there was still a couple hundred thousand outstanding and the owner was trying to get back. 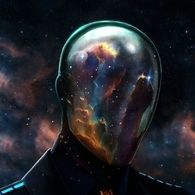 take a nice long nap in

you going to  need it where your going no more

. . . Tipton was formerly a programmer with the Multi-State Lottery Association,
the agency that administers some state lottery drawings.

Oh Boy!!  And THEY said it couldn't be rigged!

Doesn't surprise me one bit!  His sentence was to light IMHO!

So, by definition, were these random drawings??

When asked how how he would repay the money, he responded with 'I have no idea'

How about we start with you SELLING the giant house you built with the money.  Plus any and ALL assets (cars, boats, planes ect).

I wonder if this will someday be an episode of American Greed.

If 25 years was part of a plea bargaining arrangement, what would the sentence be if he was found guilty?

I wonder if this will someday be an episode of American Greed.

Up next, Tipton gets caught rigging dice games in prison laundry room scandal.

If 25 years was part of a plea bargaining arrangement, what would the sentence be if he was found guilty?

They obviously weren't expecting to get the max. You don't get the max in a plea bargain, unless it's life instead of death

Im not at any time going to condone what he has done. However, a co-worker of mine was sounding like  HopesDreams tonight lol so i had to say i hear ya.But i guess he didn't want to live in the lap of luxury on a beach front in a lovely beach house/condominium where there are zero extradition.

Heck,even murderers and or worse in many cases child molest azzhat's do not get this long.The hammer was really dropped on him." 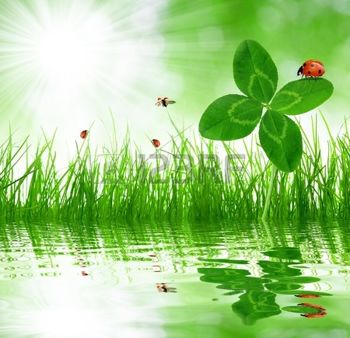 While focusing on the "criminal", let's not forget that the RNG system is flawed, which is what made this rigging possible, and tempted Tipton to exploit it.....and it's still flawed, no matter how many yrs they gave him...

OK, so is this finally the last I have to read about Eddie Tipton?

I feel sorry for the players who might have shared a jackpot with Tipton or one of his cohorts. THEY GOT ROBBED. You know that the lottery bosses are very greedy when it comes to free money, right? As for Tipton himself, he is soft and plumpy and BUBBA will be glad to meet him. GOOD RIDDANCE!!!.

Enjoy you stay at the Graybar hotel and thanks for proving that RNG games should not be trusted.

Graybar hotel lol wowww but Its plenty more that needs to be investigated, i dont like those states that run test draws, my number probably came up a lot in those test draws and we are steady getting rip off ,aint no one to be trusted anymore...

Really stinks!  His brother was a former JUDGE???  Rotten EGGS!

Not at all.  I used to work armored car for one of the atm companies.  Someone stole $39 million and tried fleeing to Mexico.  Here's another tip off.  If someone had a corvette or something expensive lets say then the company knows something is up.

When Judge Brad McCall asked him on Tuesday how he intended to repay the money, Tipton said, "Initially, I really don't know.""

He will get the money from the other 47 times he got by with it they still haven't found out about yet probably.

And how often would he have got by with this if it were ball drawn? maybe once.....

Computers should only be used to print your tickets. NOTHING ELSE......PERIOD!!!

And still the lotteries continues with computer draws. It's crazy.

He got what he deserved!

Can you say rootkit program?  Virtually undetectable, he even did a seminar at a NASPL event on the topic!